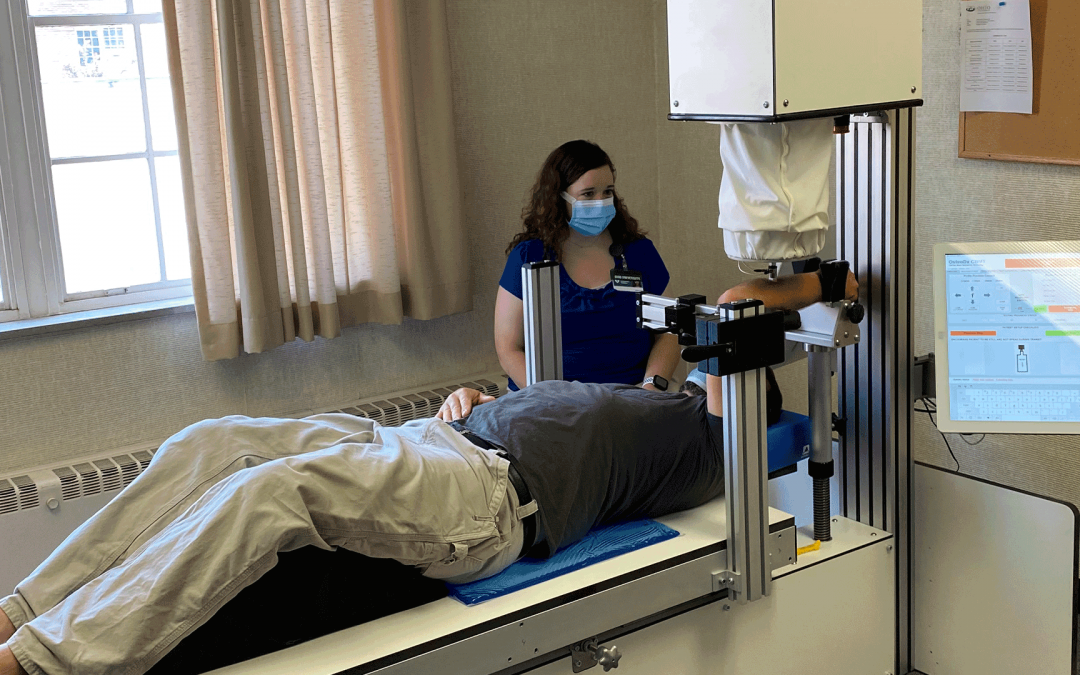 Along with additional TechGROWTH Fund investment, the OsteoDx has submitted for a Phase IIB SBIR Grant from the National Institutes of Health (NIH) and received favorable initial scoring to accelerate commercialization of its proprietary Cortical Bone Mechanics Technology™ (CBMT).

This investment will specifically enable OsteoDx to implement its detailed plan to obtain FDA approval for its CBMT device. Accelerating commercialization also means laying the foundation for future market adoption. The OsteoDx technology has the potential to significantly reduce the exponentially increasing healthcare cost of age-related bone fractures by providing a novel technology that can non-invasively and painlessly estimate whole bone strength.

The grant proposal included letters of support from both medical researchers and venture capitalists, citing a high level of interest and support from the huge potential market. Among these was the Bone Health & Osteoporosis Foundation (BHOF, formerly National Osteoporosis Foundation), acknowledging the shortcomings of existing diagnostic modalities.

According to BHOF, an estimated 10 million Americans have osteoporosis; an additional 44 million Americans are at risk of a fracture. They cite a recent report that says Medicare beneficiaries suffered approximately 2.1 million osteoporotic fractures in 2016. It continues saying the total annual cost for osteoporotic fractures among Medicare beneficiaries was $57 billion in 2018.

A major barrier to reducing these costs is the inherent inaccuracies of current diagnostic technologies. CBMT’s potential ability to directly measure the mechanical properties of bone and estimate whole bone strength could prove useful to physicians and patients as it would be an additional piece of information about bone health to aid in the decision of whether someone needs treatment.

Read more about the Burden of Bone Disease from the US Surgeon General’s Report on Bone Health and Osteoporosis.

Toward the Goal of FDA Approval

Work to date of the OsteoDx team supports CBMT as a novel, highly accurate diagnostic tool for estimating bone strength, which promises strong clinical utility. Throughout development, the team has continuously modified the device design, adjusting for observations and feedback.

One of the first steps in preparing an application for FDA approval is to demonstrate the accuracy and clinical precision of the production device. The team will go on to document mechanical, electrical and software regulatory compliance required for a Class II de novo medical device FDA submission.

In addition to preparing for the FDA application, the two-year timeline of the Phase IIb SBIR Grant includes clearing the path for success. While the research team focuses on the CBMT device itself, the leadership team will build out the talent and resources needed to launch commercial operations according to the OsteoDx revenue plan. Staffing, finance, and business development will be mapped and augmented strategically.

OsteoDx is located in the Innovation Center on the campus of Ohio University in Athens, Ohio. OsteoDx is currently conducting The STRONGER Study at 5 sites that are testing subjects utilizing CBMT devices.